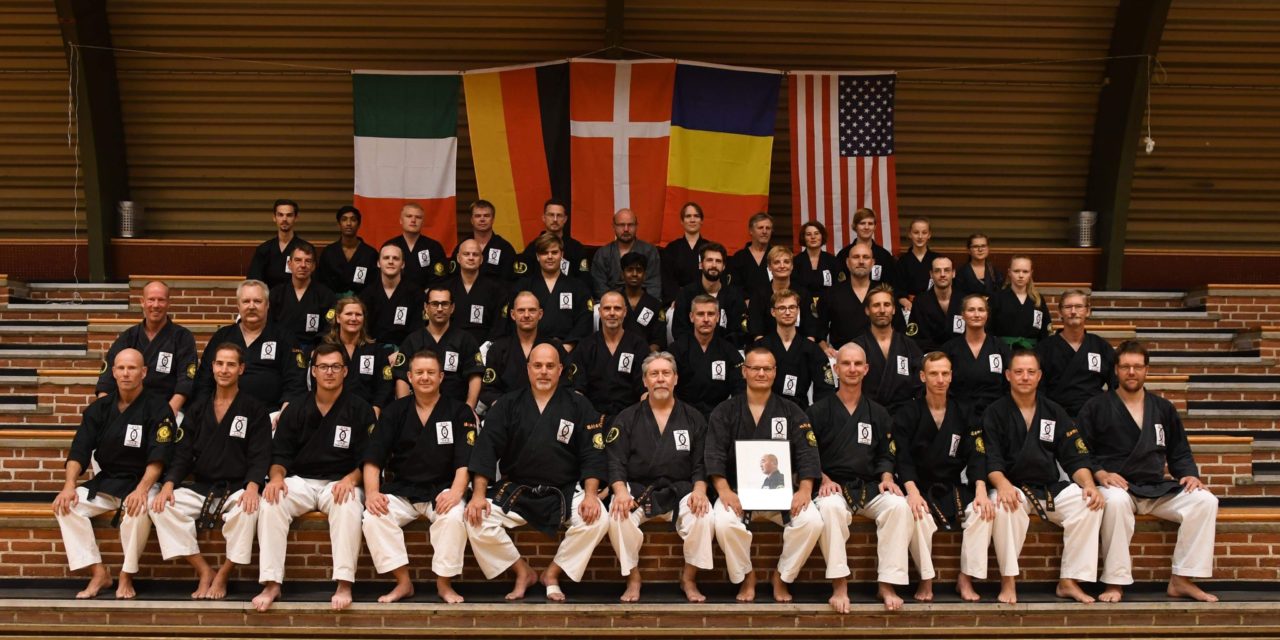 The yearly Tokushinryu Kobudo Gasshuku was held in Nakskov, Denmark in the beginning of September. This was the 4th time Lasse Jensen Sensei and Dorthe Jensen of Nakskov Tokushinryu Kobudo Shibu hosted the Gasshaku and  they did a fantastic job this year too. 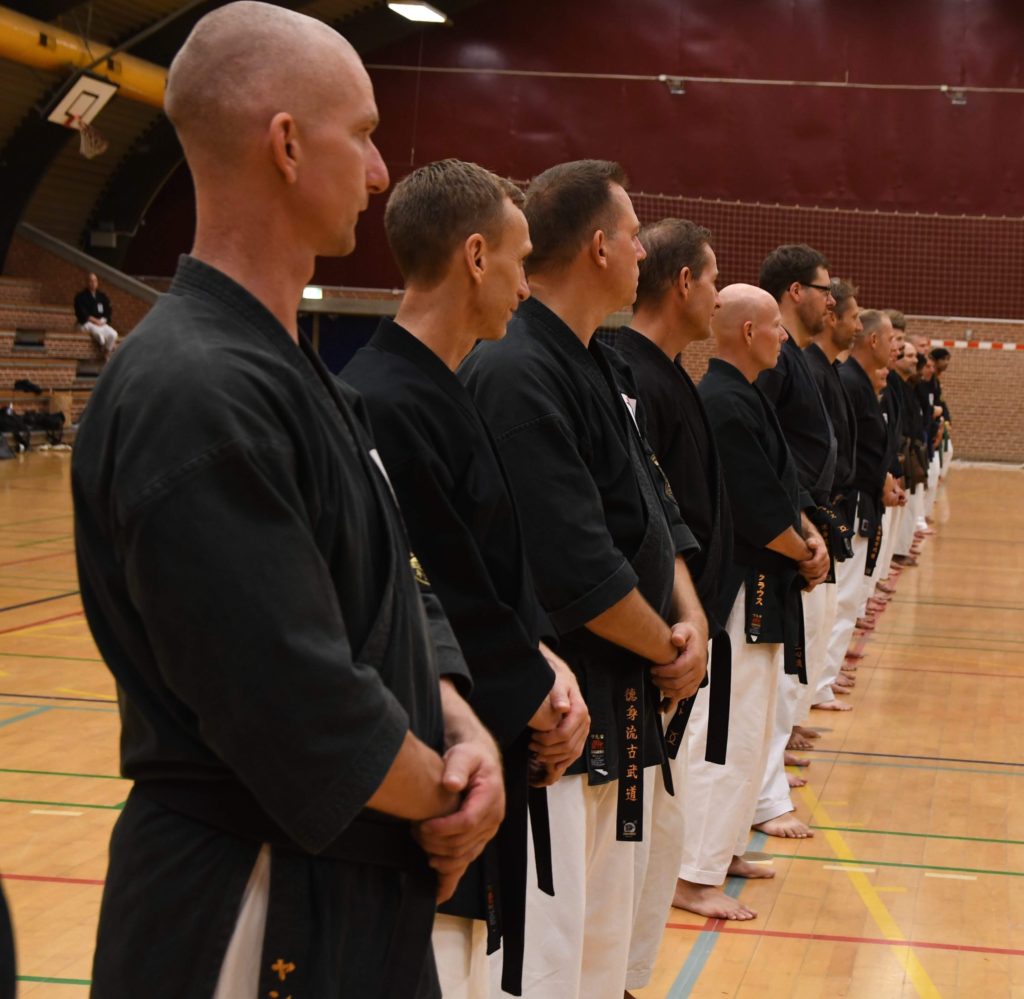 Tokushinryu practioners and instructors from Denmark, Germany, Italy, Romania and USA joined the Gasshuku for two days of intensive training and a great party too :).

The event actually started a day before the gasshuku with the Tokumura Cup. To read more about this please follow this link Tokumura Cup 2018.

Jeff Perkins Sensei focused on Tokushin no Gusan and Tokushin no Taiko Bachi and intensive bunkai training for both weapons during the Saturday program. 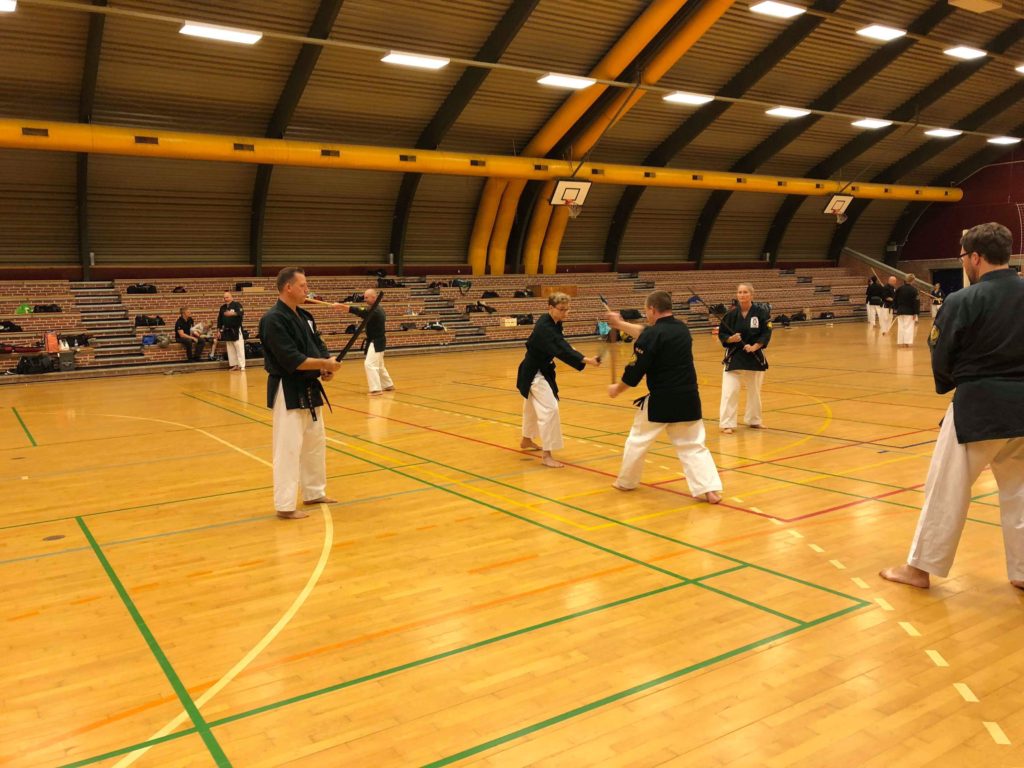 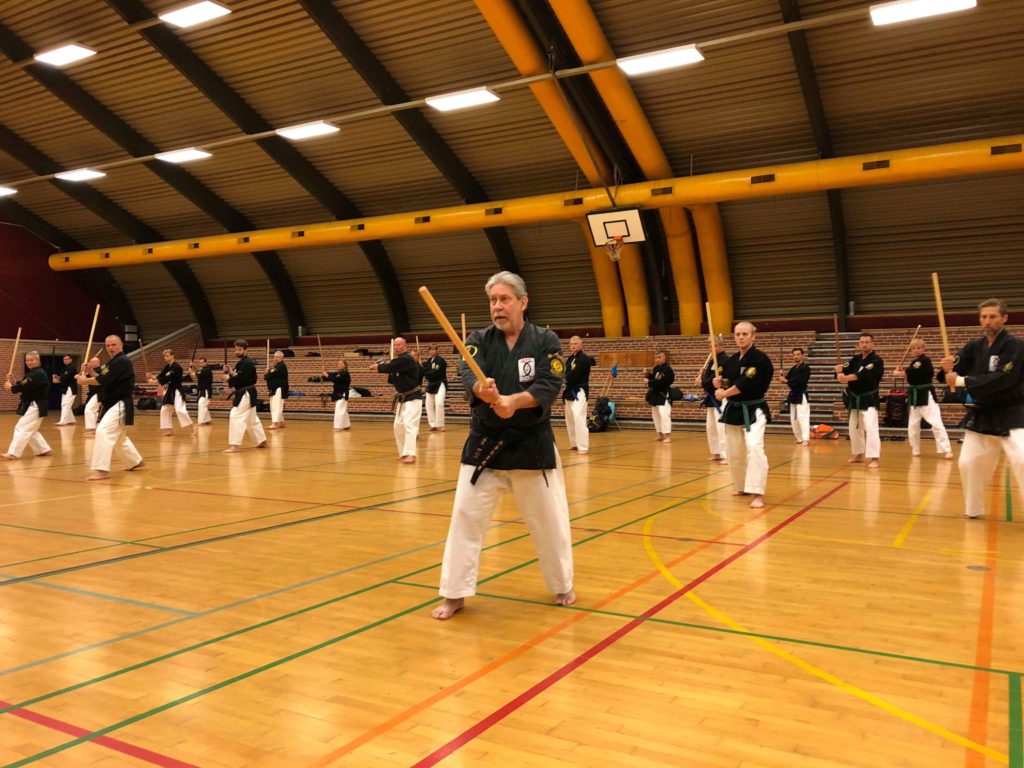 During Sunday the classes were kept open and the participants worked on a wide variety of weapons katas and kumites with the three instructors helping where help was needed. 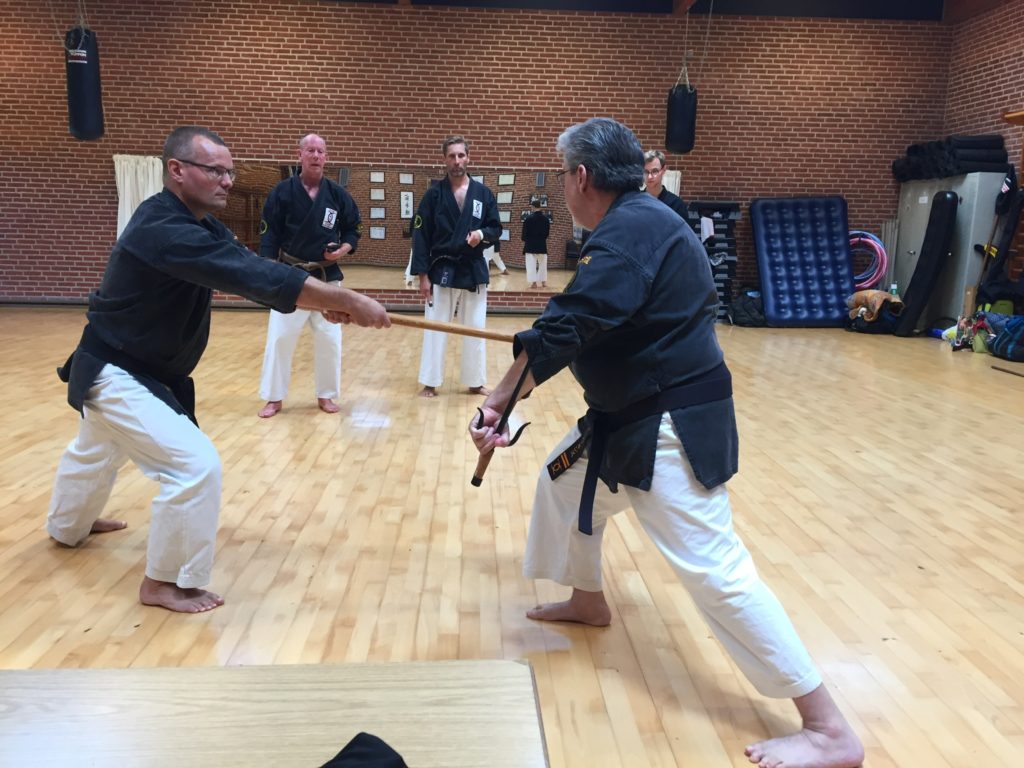 A dan grading was also held during the gasshuku and three kobudoka passed the test to nidan. 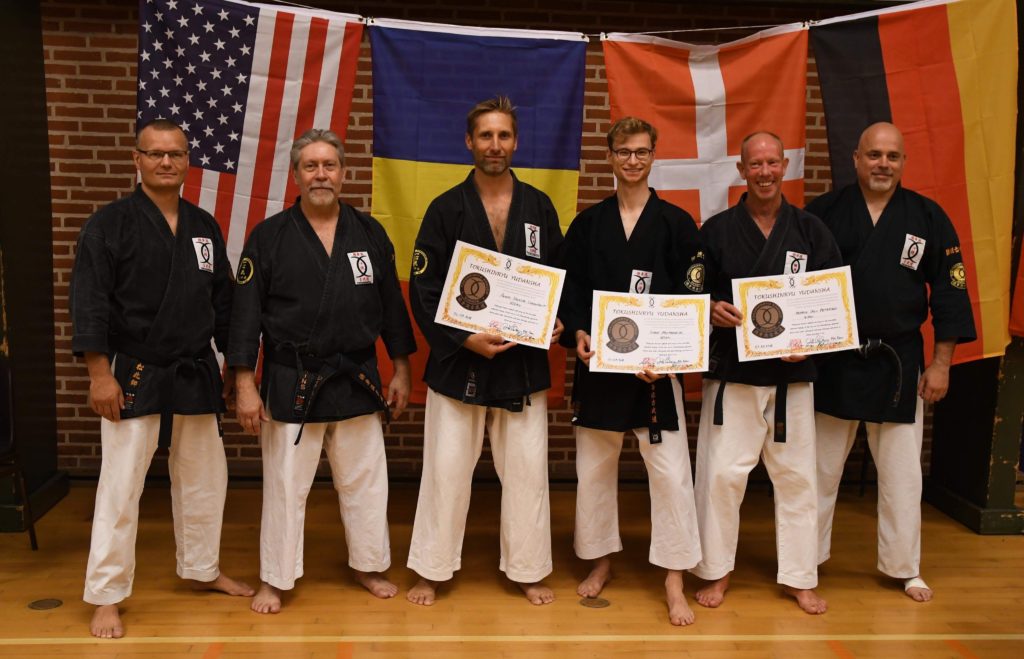 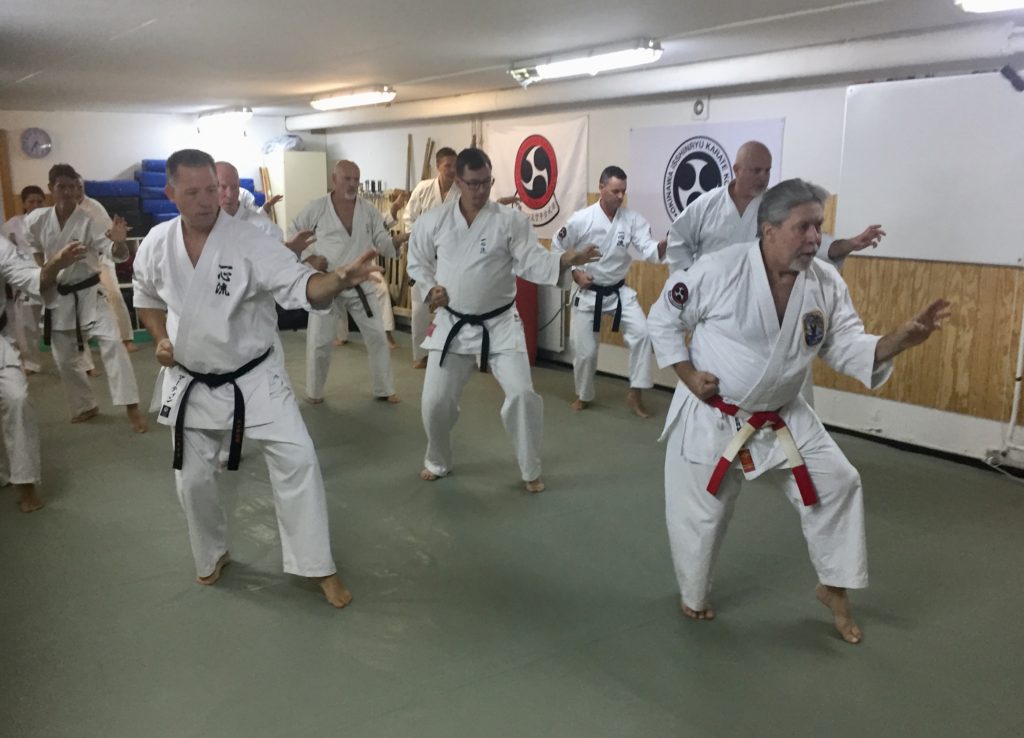 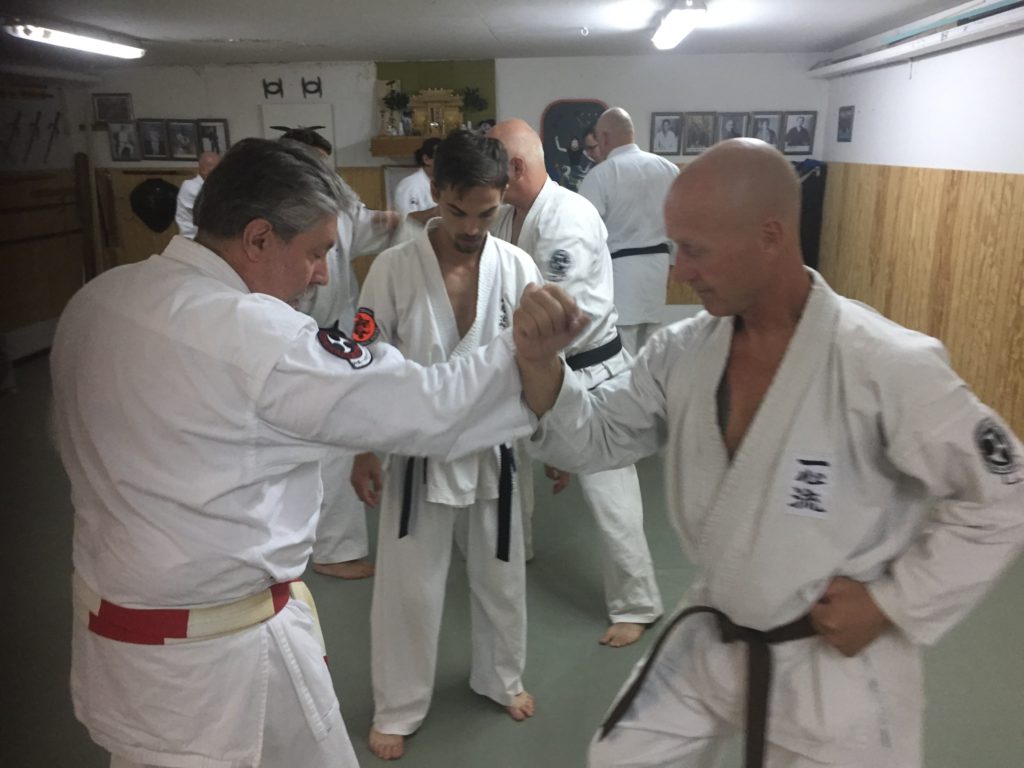 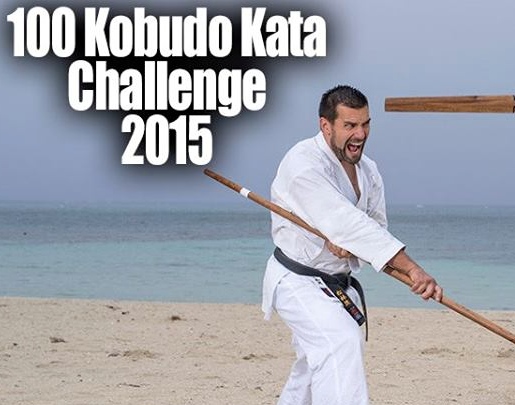 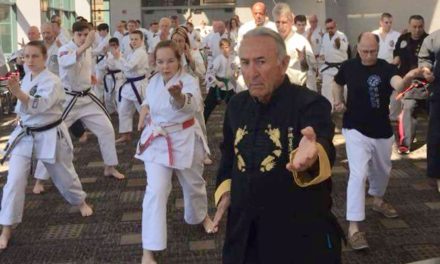