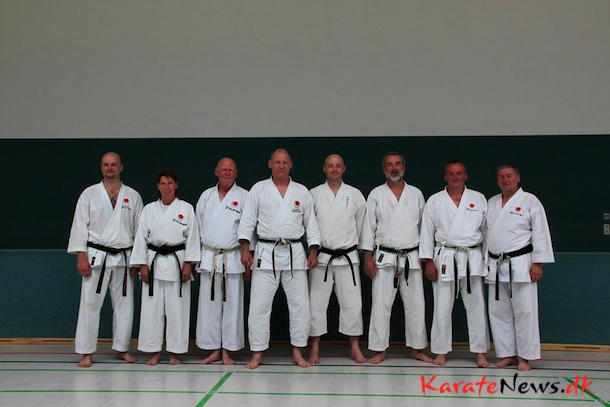 In a small beautiful town in North Germany, Hutzfeldt near Plön, members of German dojos were gathered. Willi Christen Sensei (number 3 from the left) invited Frank Starck-Sabroe Sensei, to teach Saturday and Sunday for his students and members of nearby dojos.

Instructors posing for the camera

The atmosphere is very friendly and brotherly, and we received a very warm welcome from Willi Christen Sensei. Main reason for this is, that Frank Starck-Sabroe Sensei arrived first time in Plön in 1996 and has been returning frequently for joint trainings with Tanaka Sensei.

Throughout the training, there was a strong focus on basic movements in order to improve kihon, kata and kumite. A key subject was flexibility with the ancle, knee and hip in order to gain the most efficient movement during kihon, kata or kumite. 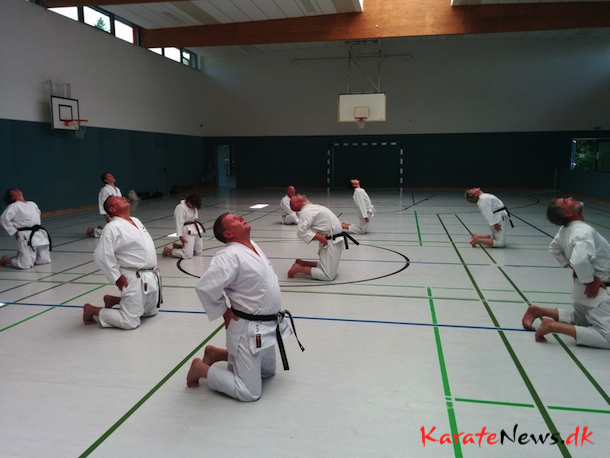 Warming up with yoga excercises

After the training Saturday, Willi sensei invited for a BBQ party. The food was delicious and the weiss-beer were extra tasty after a focused training. 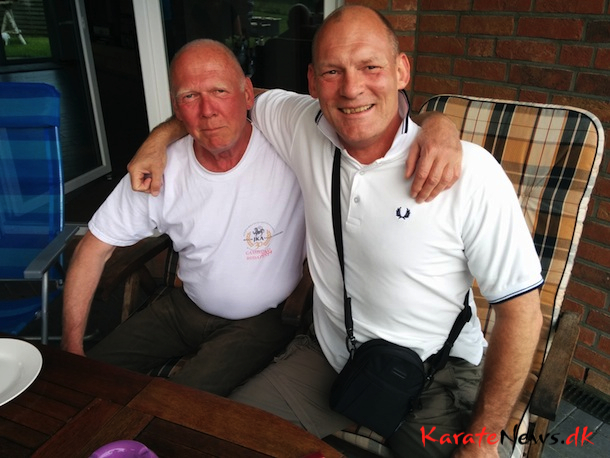 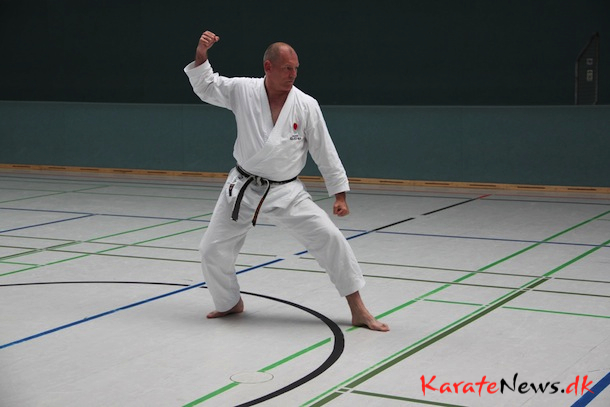 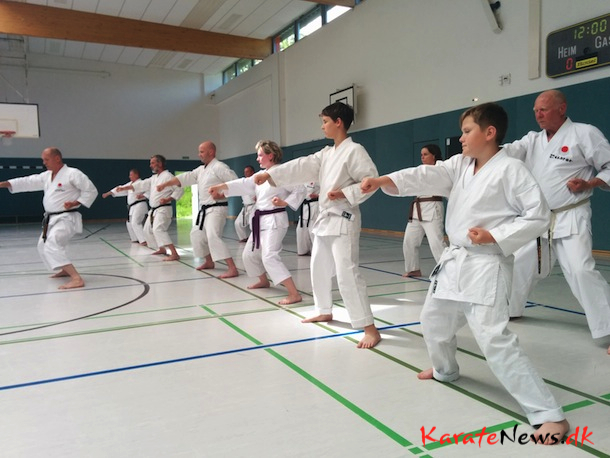 After the training Saturday, Willi sensei invited for a BBQ party. The food was delicious and the weiss-beer were extra tasty after a focused training.

Several German dojos were interested in joining the Shotosha organization and there was quite an interest in participating in the upcoming gasshuku with Tanaka Sensei in November 2014.

Thank you very much to Willi Christen Sensei for arranging this excellent Gasshuku. 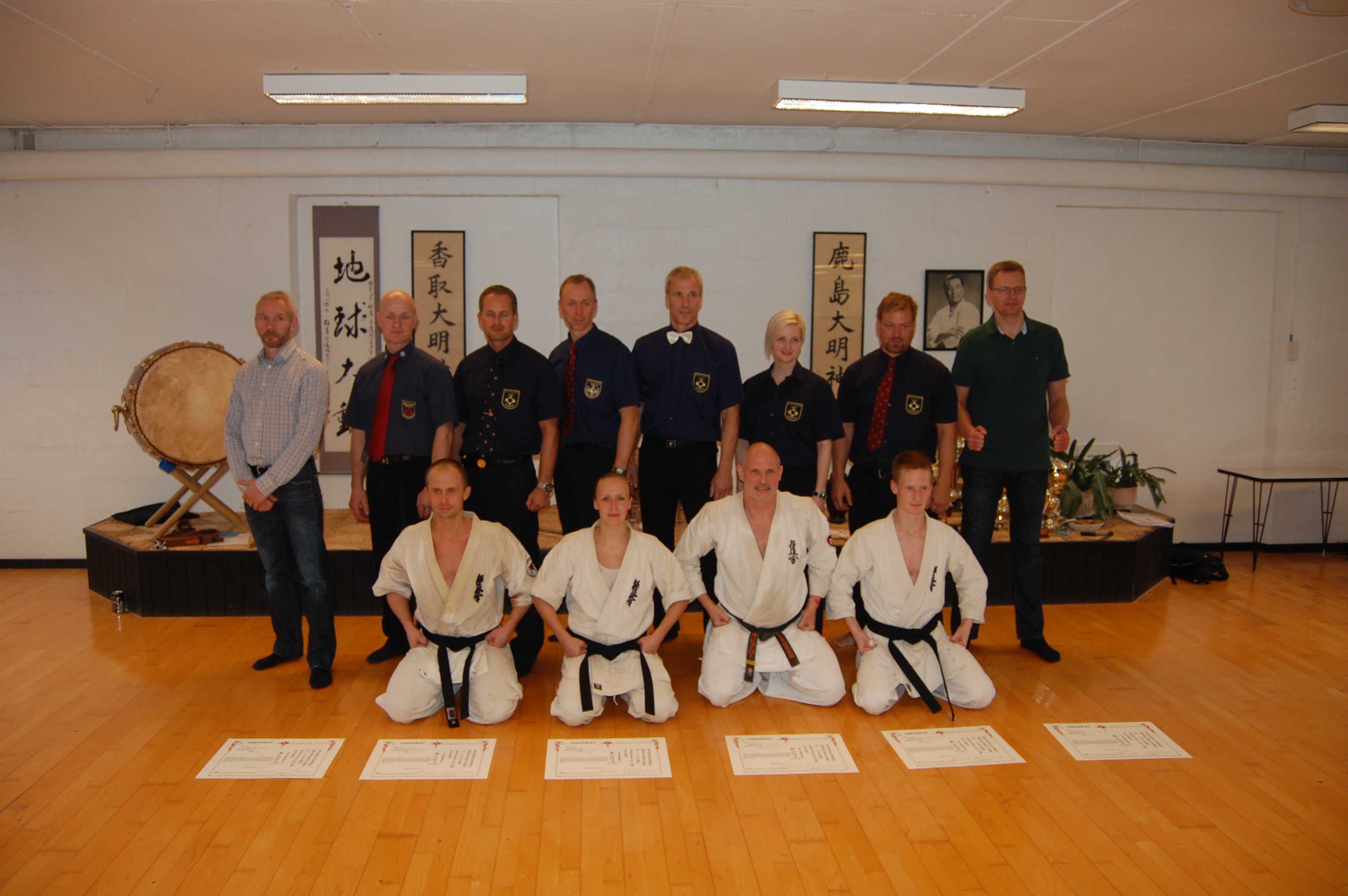 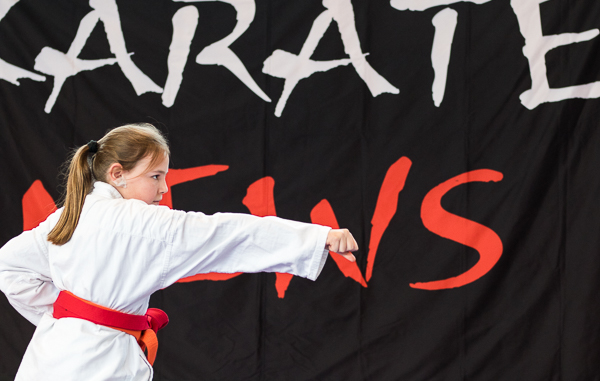 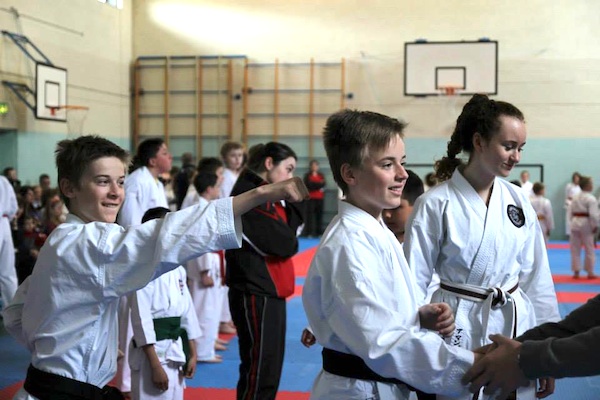 Dublin. I’ll be back. 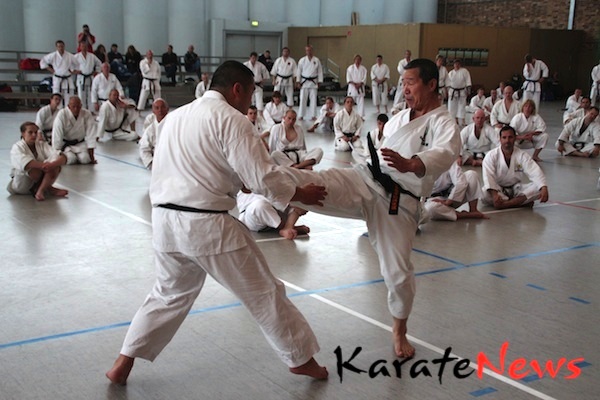