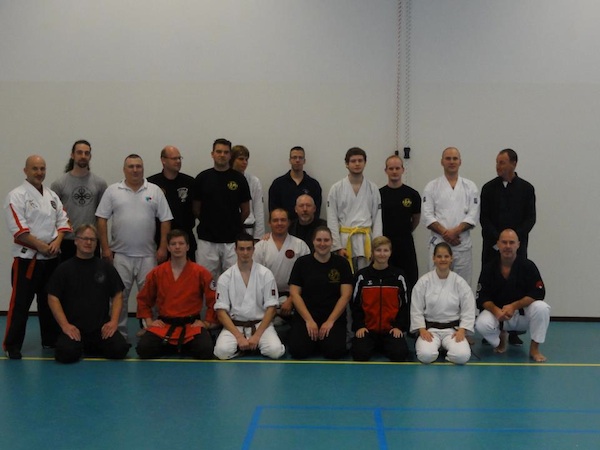 Back in 2003 my main Kyusho Instructor Karsten Dam started to invite the four founders of Kyusho International to Denmark to share their teachings one-by-one. Mark Kline came to Denmark in 2005, at that time, I did not have the opportunity to go there, and I had merely just started my own journey into the world of Kyusho. First after another 5 years of Kyusho training I happened to train with mr. Kline at the International Kyusho Convention 2010 aka IKC2010. Mark is one of very few, if not the only person, who have accomplished to receive a black belt from George Dillman, Remy Presas and Wally Jay. At the IKC i was impressed on how he combined his knowledge to one unity – his way of Kyusho.

Well, i started with wrestling through high school and also at college, it was scolastic wrestling, not free style. It differs from the free style wrestling. I don’t really remember why, but i chose to do the wrestling. 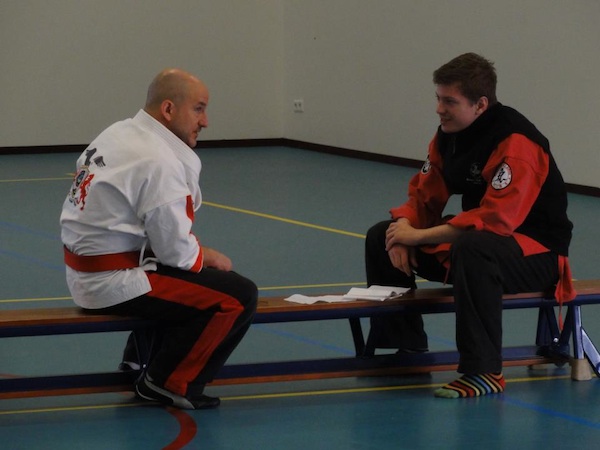 In 1986 or 1987 I dislocated my elbow wrestling when I was 19. I was wrestling with a guy 20 lbs heavier than me who had would go on to take 6th in the state championships that year. I was actually throwing him around, until he tried to take me down. I resisted and posted my arm on the mat and my elbow popped. Several months later I started Tang Soo Do hoping the hand techniques would help to rehabilitate my arm. I had many questions that the black belts did not like. Since I wrestled…it was easy for me to take them down and they were not sure what to do other than to tell me that “this was against the rules.” I was confused because I thought I was learning self defense. What they were teaching me was sport karate (for tournaments) and calling it self defense…I guess they were the ones confused.

There was a woman who owned a martial arts supply store near my house. I had separated my shoulder one night training. I went to her store to look around the next day with my arm in a sling. The doctor told me that I would be out of action for 6-8 weeks. It was very painful. She asked me if I wanted her to do some shiatsu on it. I said ok, but did not think it would help. Within 20 minutes I had full range of motion in my arm and the swelling had gone down. That is my first experience with Kyusho. She lent me George Dillmans first 4 videos and he had made sense out of what my Tang Soo Do instructors could not. Soon after I went to a seminar with Dillman. This was in 1989 in Pottsville, Pa. I was hooked after that.

George Dillman performed it on me at a PA seminar in Pottsville. Struck me on Lung 5 (armpoint). I woke up on the floor. 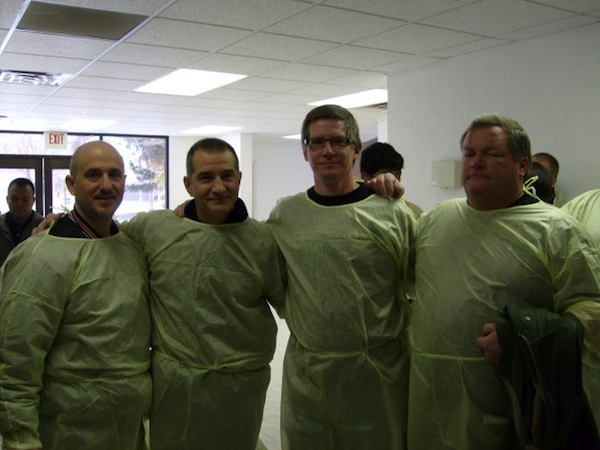 I met Wally and Remy in Delaware in 1990…I think at a seminar with Dillman, Presas, and Jay as the teachers.

Each time they came to the east coast I went to their seminars. Eventually it got to a point where I was hosting them for seminars. The first seminar I hosted was Remy in 1992 at my school. Remy would stay at my house and I would drive him around, take him to seminars, help him with paperwork, etc. 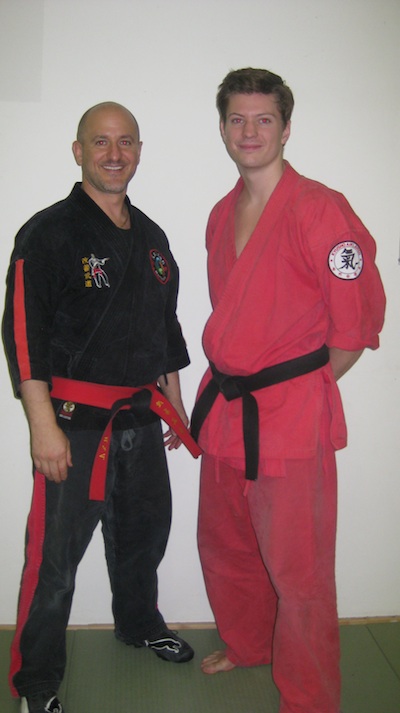 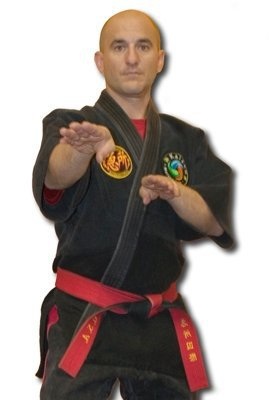 I started my school in 1992. I got a loan from a student to start the school. I have been doing this full time since 1992. The major difference is what we teach and our methods of imparting this knowledge.

Just take your time. The only person you are competing against is yourself 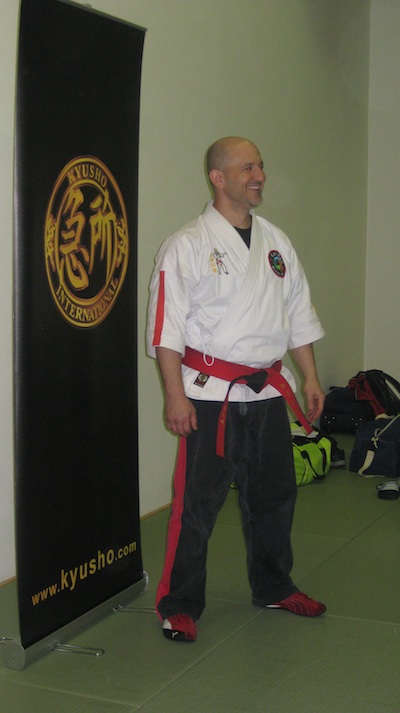 There is no pure style. Everyone borrows/steals from other styles

I have no favorite technique, but I have been doing this one a lot (see video reference) –

When asked after the interview whether he could describe what he did to me Mark answered “You asked to be KO’d. I obliged, I don’t know what else to say except I hit you, and you fell down, with a tricky smile”

At Mark Klines webpage, there will be a lot of DVDs I can recommend for inspiration – remember when practicing kyusho seek out a qualified instructor. 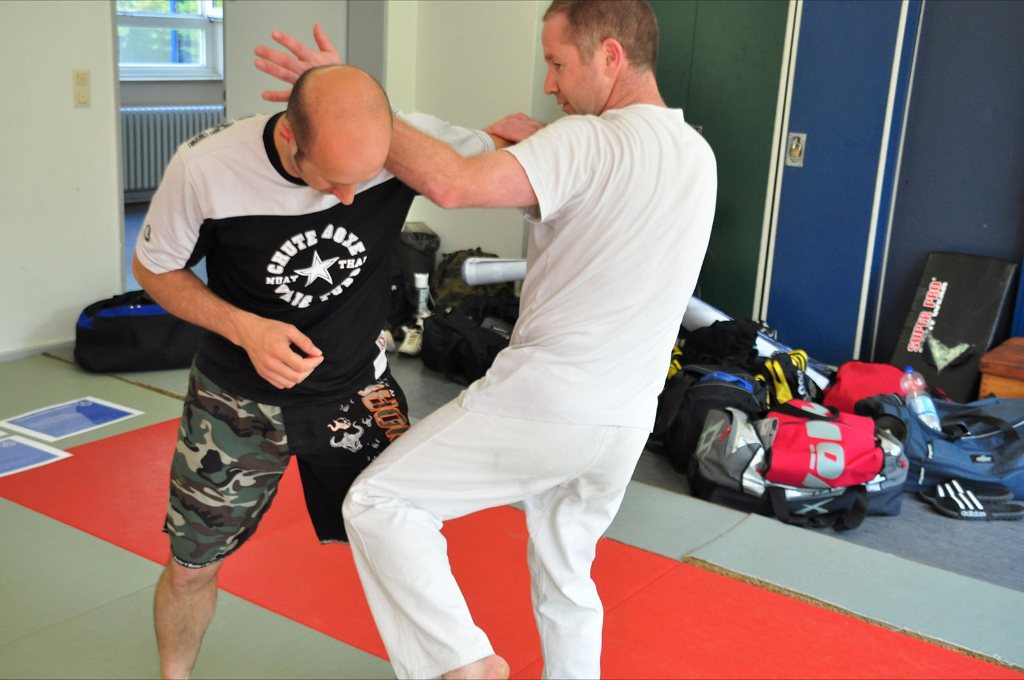 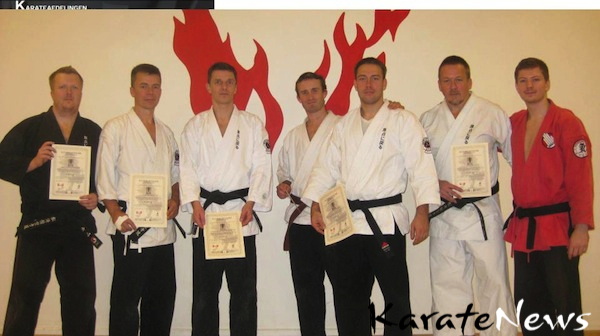 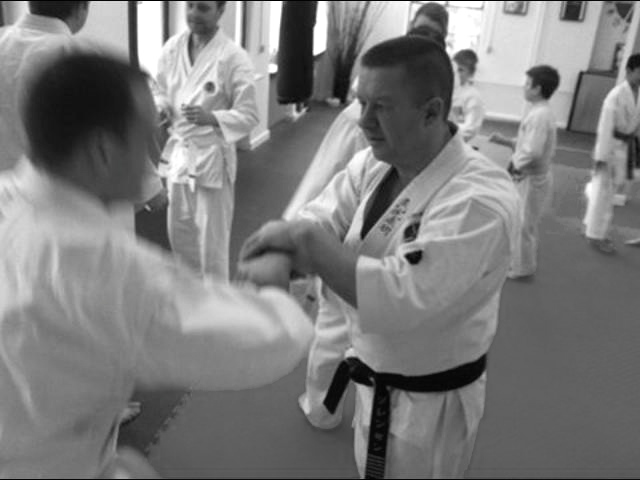