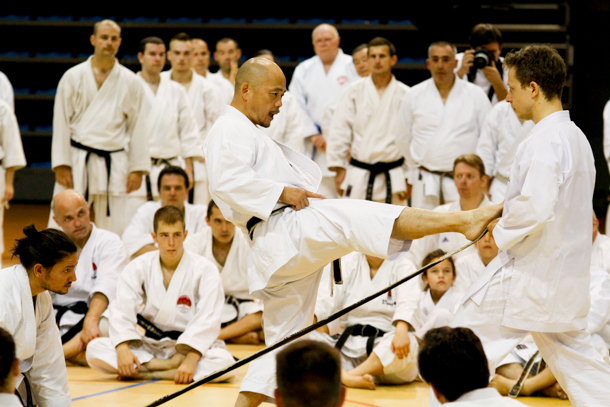 The yearly Gasshuku in Budapest took place from the 16th to 20th of July. This year it was JKA Hungary 40th anniversary. The past 20 years, Grand Master Masahiko Tanaka Sensei was the main instructor at this annual Gasshuku and has been responsible for a large part of the development of JKA Hungary. Unfortunately, Tanaka sensei did not participate this year due to health reasons. Everyone had been looking forward to a final Gasshuku in Budapest led by Tanaka sensei.

Seizo Izumiya sensei, from JKA HQ Tokyo, was therefore the main instructor at this year Gasshuku in Budapest, assisted by Kazuhiro Sawada sensei from Belgium.

Gasshuku in Budapest is one of the largest Gasshuku in Europe and attracts every year more than 300 practitioners from all over Europe. This requires great organizational skills, which JKA Hungary by chief instructor János Krepsz, manages very professionally.

Shotosha Denmark was this year again represented with several practitioners. Frank Starck Sabroe sensei has built up a close relationship with the hosts in Hungary, which is also expressed by the exchange of students between Hungary and Denmark. 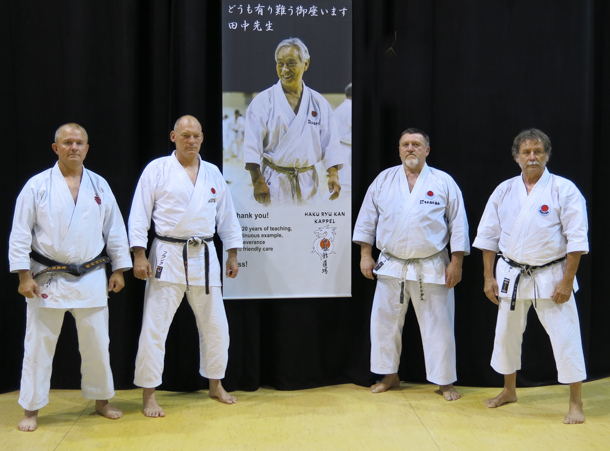 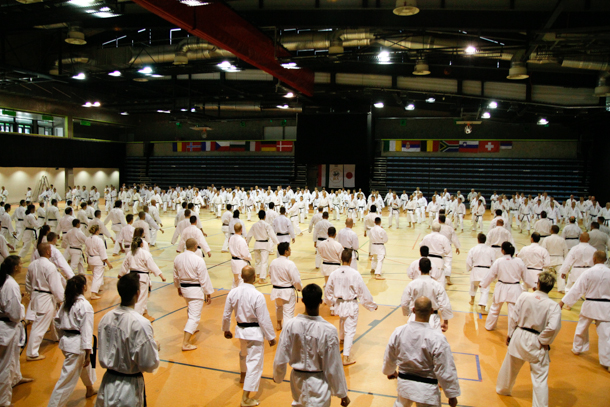 With temperatures close to 40 degrees outside it was warm in the great hall, where the training took place. Janos sensei began the Gasshuku by informing everyone that Tanaka sensei was recovering well, which was good news.

Izumiya sensei mantra was, throughout the Gasshuku to utilize the direct path of the techniques. JKA Shotokan karate has long, direct techniques, which are very powerful. He compared with other Karate styles, using circular motions in high stances, which the JKA does not perform. Therefore, it was important to focus on, and develop the method to generate power and speed of JKA Shotokan karate. Many of the kihon exercises were based on the direct route, ie. change of direction but also focus that energy from leg and hip were used optimally with a given technique.

During kata training, various forms of bunkai were taught. It was obvious that the JKA, has evolved a lot in variations of bunkai in the various kata. The trainings covered katas such as Nijushiho, Jitte, Sochin, Chinte, Jion, Bassai-Dai and others.

Sawada sensei taught the kata Jion, where he in an inspiring way continuously presented various forms of bunkai, which were trained in kumite form. Sawada sensei is a very popular instructor in Europe, and he often teaches at the many Gasshuku held around Europe. Gasshuku in Europe, within JKA, has evolved greatly in number and scope.

At the latest kata Gasshuku in Karlsruhe-Neureut  there were 1,000 participants, mainly from Germany. It should be noted in this regard that there are more than 20,000 JKA practitioners in Germany. 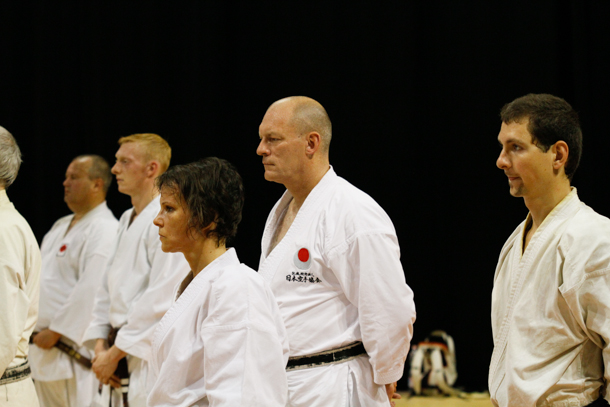 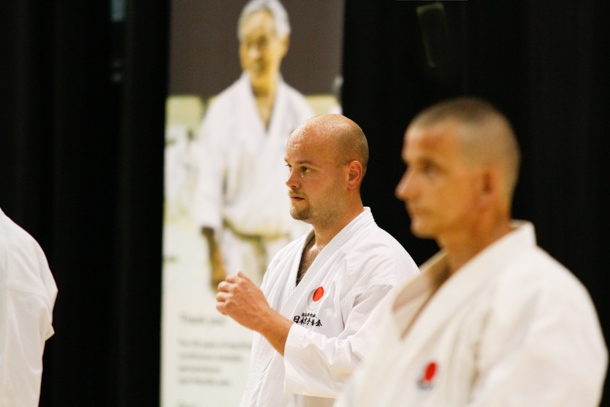 Izumiya sensei also laid great emphasis on the older generation of karate-ka to adjust the length of the stances to their level and perform the techniques in a “gentler way” to avoid injuries. It can be interpreted as a customized training to an increasingly growing group of older karate-ka in Europe. 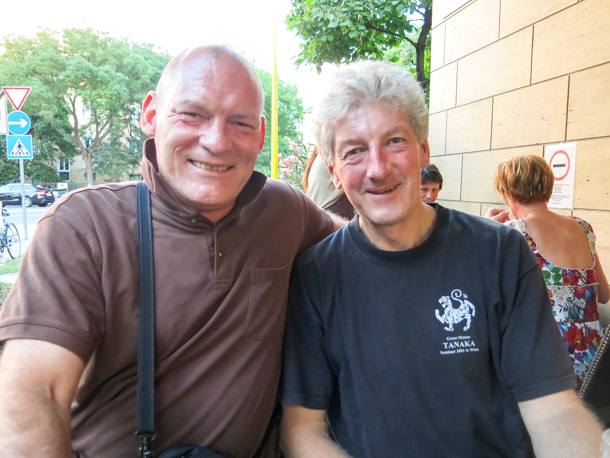 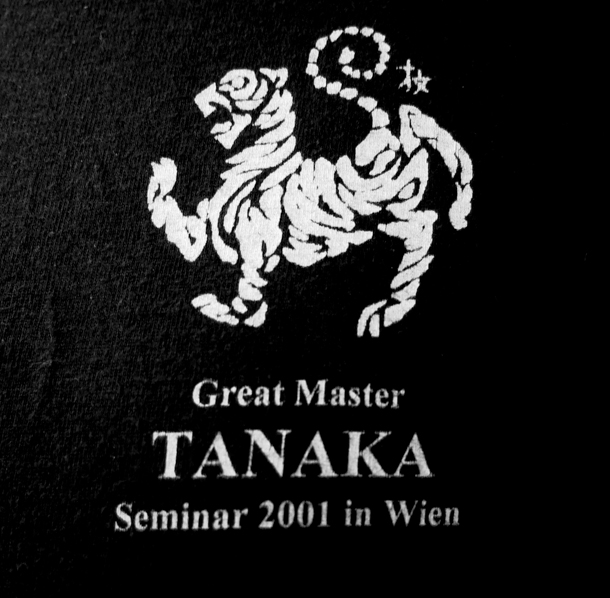 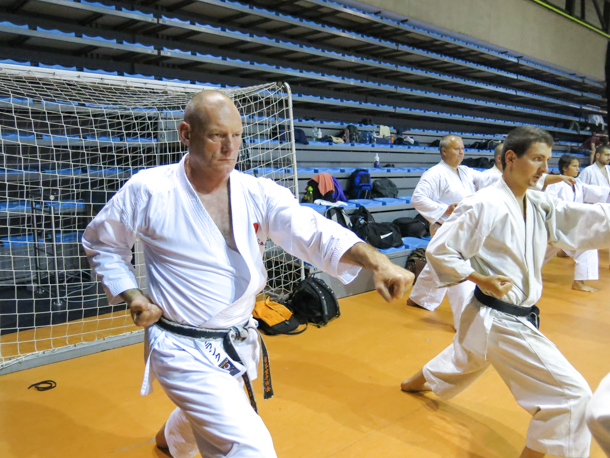 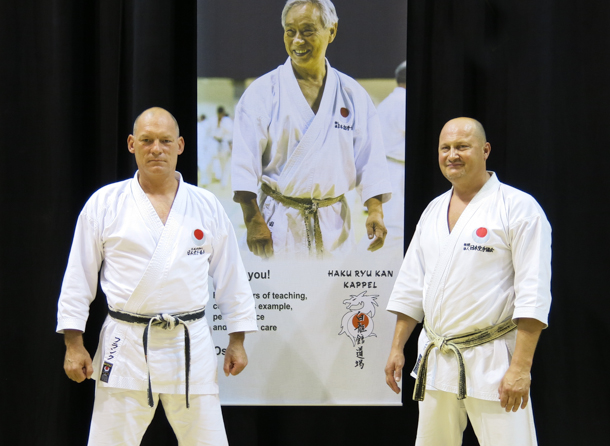 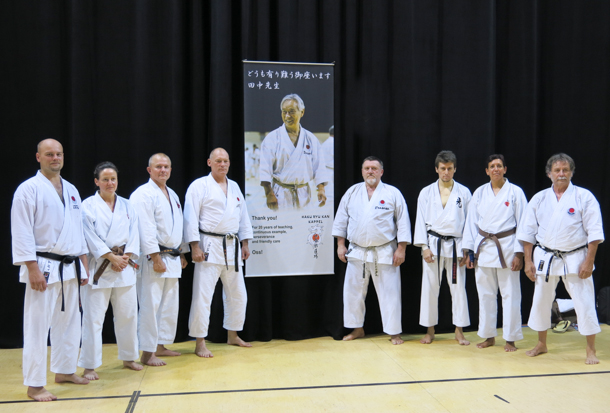 Members from Shotosha Denmark with friends from JKA Hungary 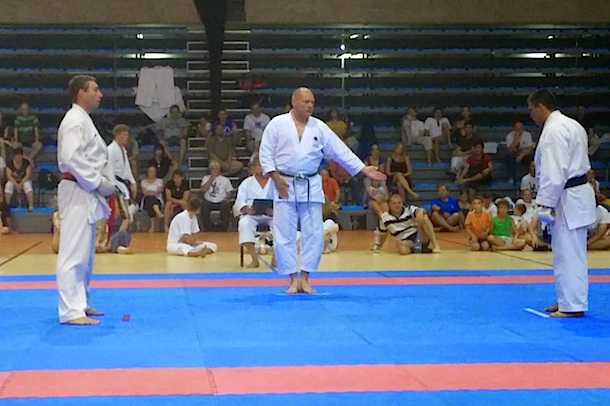 Gasshuku was, according to tradition, ending with graduation, Shotokan Cup and farewell party.

Thanks to the JKA Hungary for completing a great Gasshuku and congratulations to Janos Krepsz sensei, who deservedly received his 7th dan certificate by Izumiya sensei. 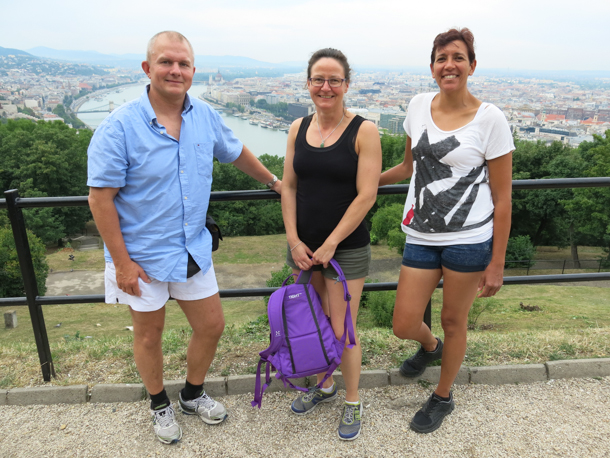 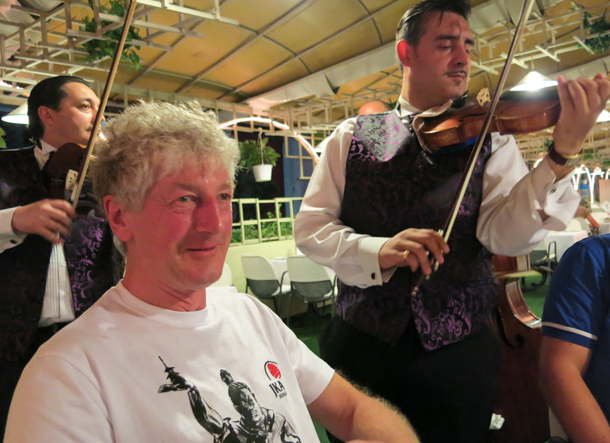 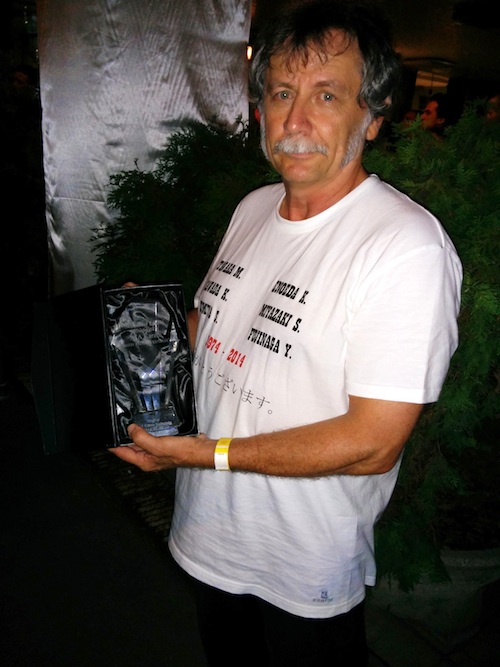 Netuggya Senki sensei received a trophy for his hard work with jka karate in Hungary. Congratulations 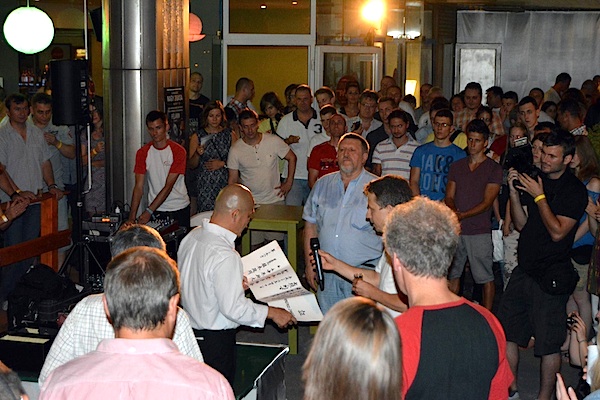 In September, the JKA Bulgaria will arrange a Gasshuku with Tanaka Sensei, who will draw many practitioners for this event.

In November, Tanaka sensei comes to Copenhagen, where he has collaborated with Shotosha Denmark to host a seminar. It is already possible to register for this seminar. Read more here. 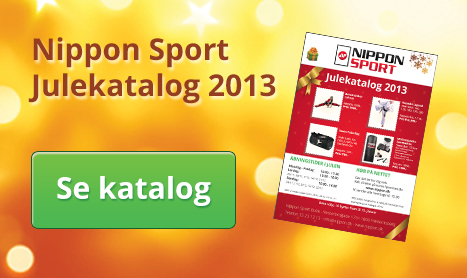 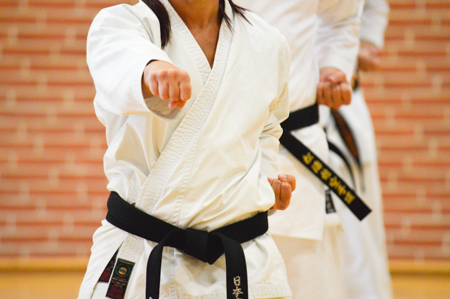 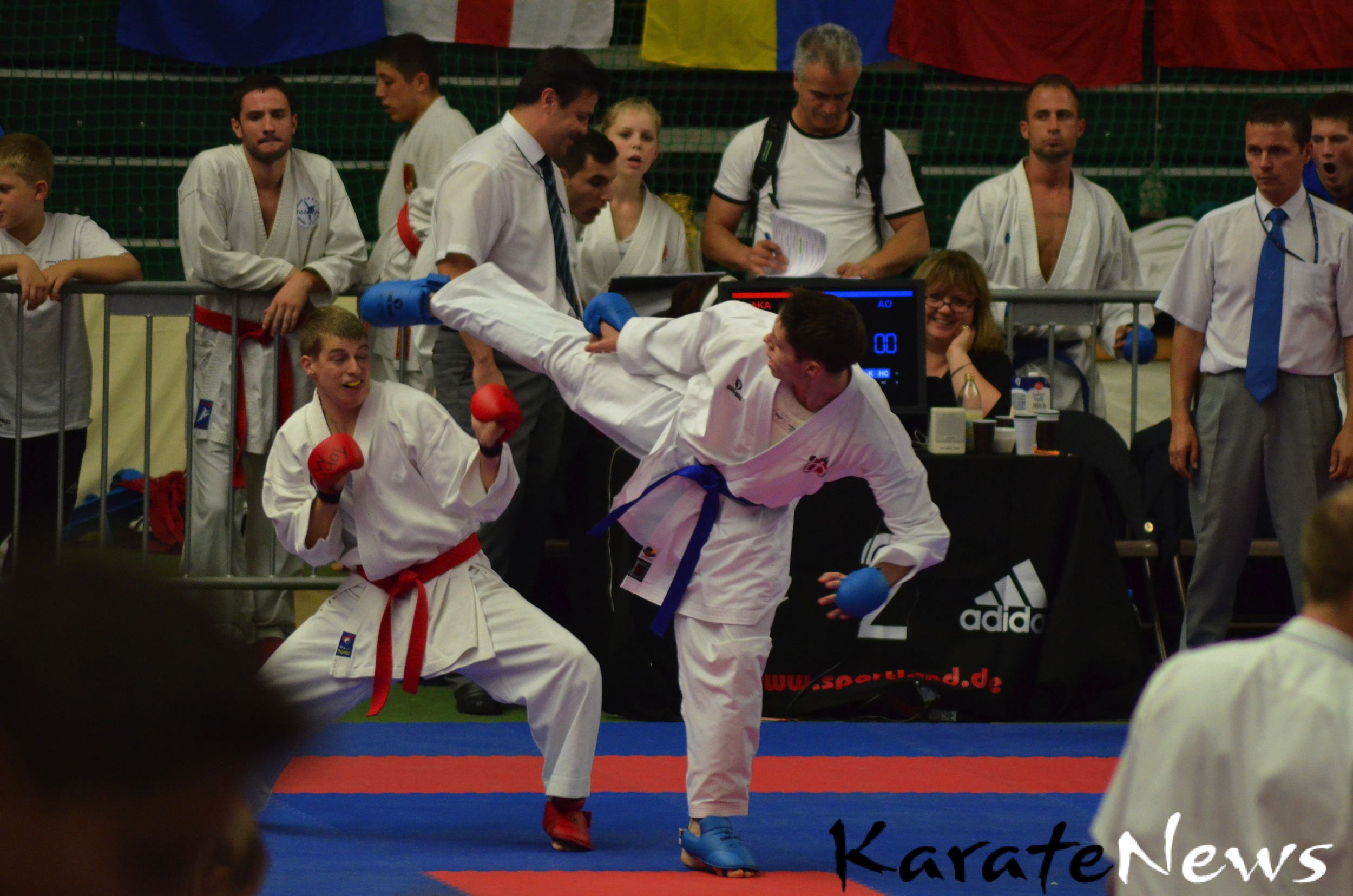